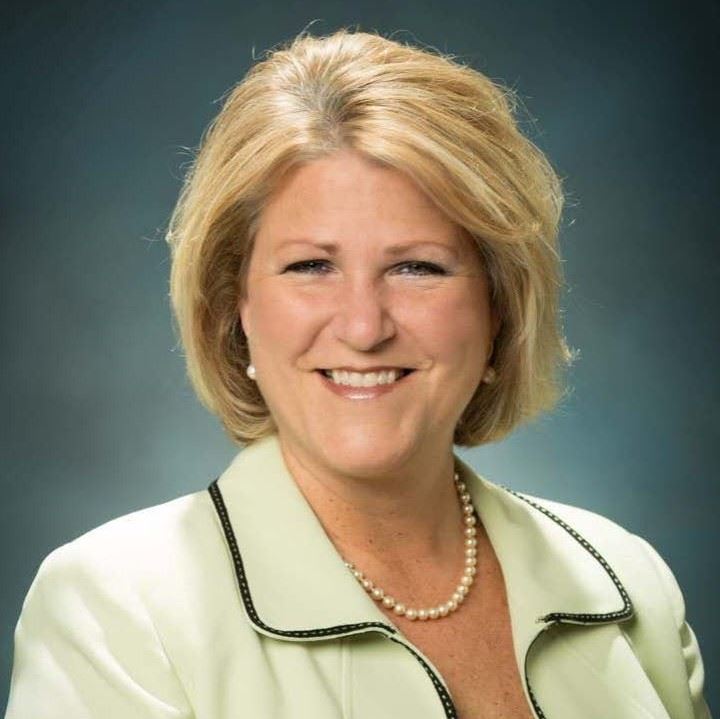 Michele Steggell has lived in and served the community of La Palma in many capacities for many years. Since 1970, she has attended La Palma schools and sold real estate in the residential areas.

Prior to serving on City Council, she served as Secretary of the La Palma Kiwanis Club, which focuses on charitable events such as fundraisers for the American Cancer Society, food drives, and local school celebrations. She has also served on the Community Activities and Beautification Committee from 2013-2014 where she planned events for Memorial Day, Concerts in the Park, La Palma Days, and the Holiday Tree Lighting. She volunteered to serve on Su Casa Board, which strives to help those who are domestically abused. Lastly, her support of our Police Department, she held the title of Block Captain on the Neighborhood Watch Board.

In 2014, after being presented with the 65th Assembly Women of Distinction Award, the Citizens of La Palma elected Michele to the La Palma City Council and re-elected in 2018, where she has served as Mayor during both her terms in office – once in 2017 and again in 2022. She continued many of her other volunteer positions while serving in this capacity. She was appointed to the Orange County Fire Authority (OCFA) Board of Directors in 2015. As a result of her love and dedication to the La Palma community, she saw a need in the community for help at the local schools and in 2016, founded the non-profit organization - La Palma Community Foundation where she currently serves as the President and works with the board to plan the “Every 15 Minutes” program, fundraisers, and other community events.

During her eight years of service on the City Council, Michele was also given the privilege of being both Vice Chair and Chair of the Human Resources Committee for OCFA, and was recently honored in 2022 to serve as the Chair for the Orange County Fire Authority Board of Directors.