Throughout each year, the State Legislature and the United States Congress propose and enact legislation, some of which affects local governments. The City of La Palma recognizes the need for active legislative engagement at the local, state, and federal levels to enhance the interests of La Palma’s residents and businesses. City officials maintain close relationships with La Palma’s state and federal representatives.

The City Council adopts an annual Legislative Platform that serves as the foundation for the City’s advocacy strategy. The City actively monitors state and federal legislation as well as takes appropriate action, when required, to protect the City’s interests and local legislative authority. The City’s legislative guiding principles are to: 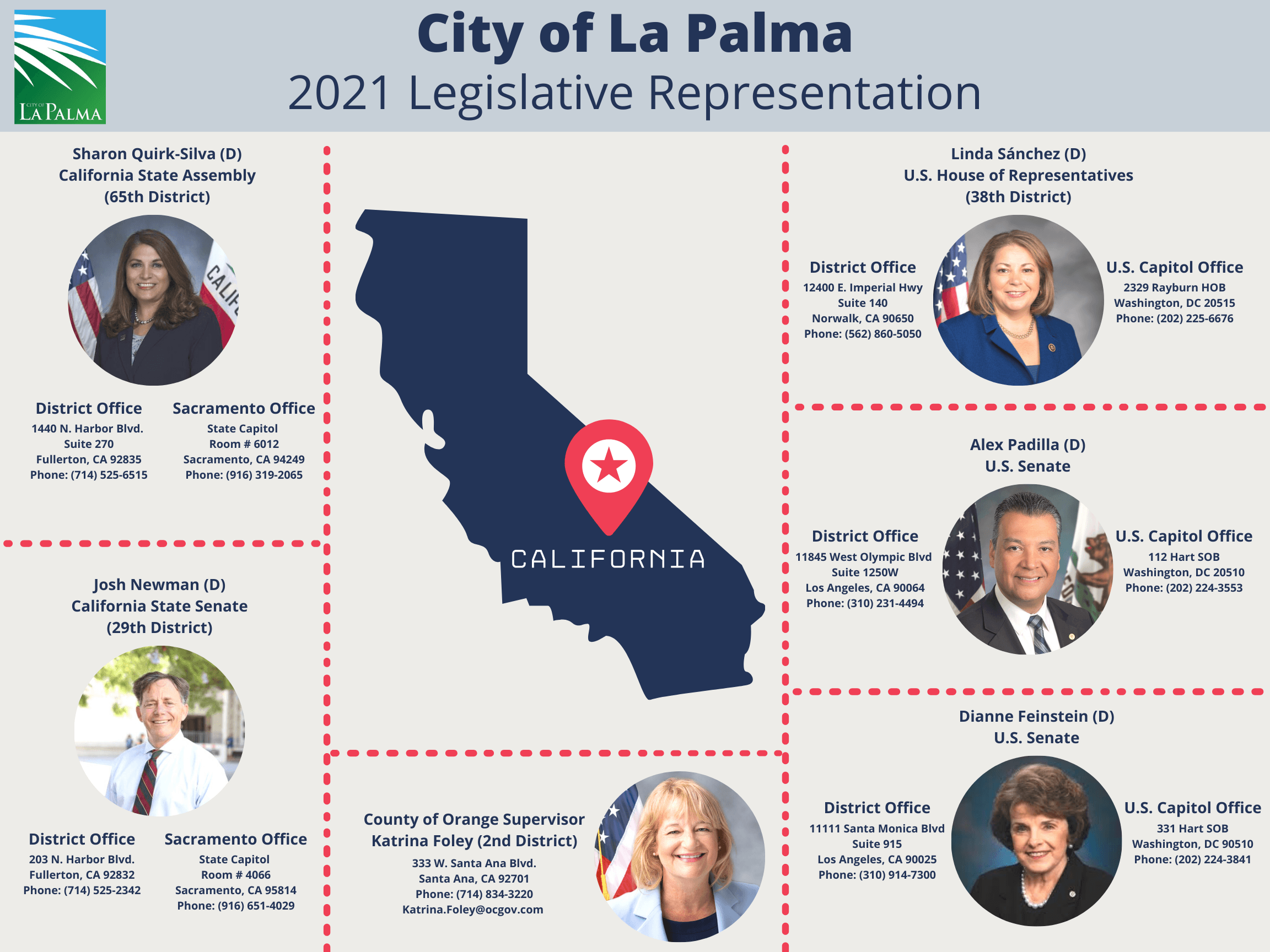